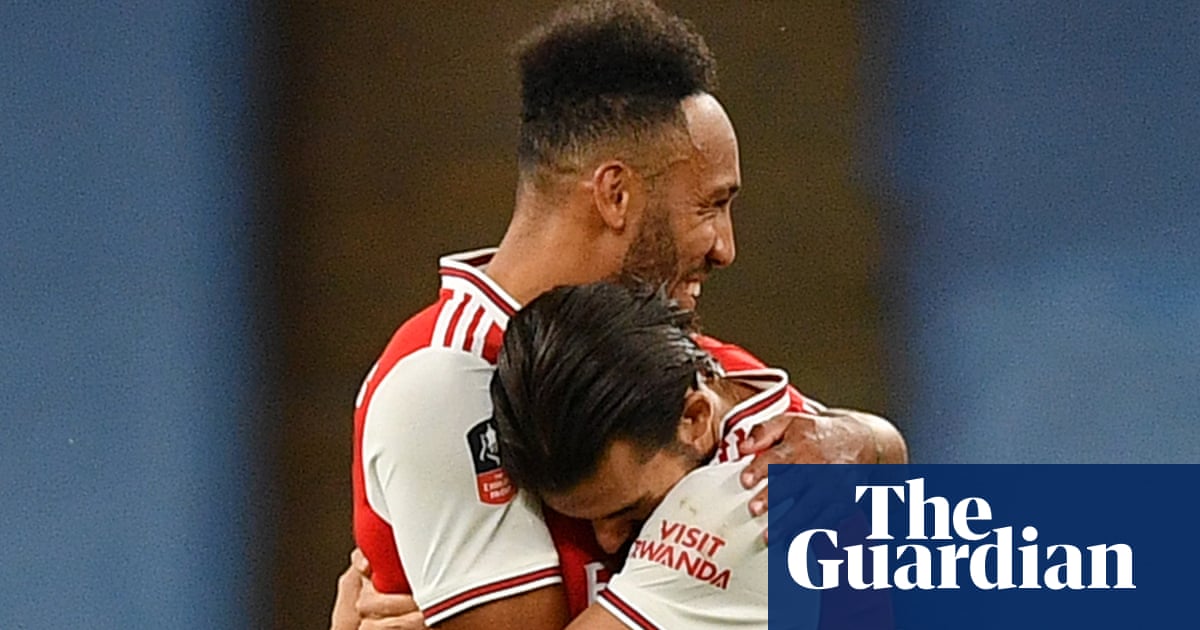 Manager has the heart and cutting edge of an evolving team. Things can progress if Aubameyang and Ceballos are secured

Five minutes before half-time at Wembley Stadium, Mikel Arteta could be seen leaping out of his chalk rectangle and haring off down the touchline, feet battering the turf like an angry marionette, hands carving strange, jagged shapes in the air. Here was a man gripped suddenly with visions of collapse and disaster: planes falling from the skies, locusts across the sun, a tidal wave over the main stand.

In fact the cause of Arteta’s panic was a slight drop in intensity from Ainsley Maitland-Niles, who was wandering a little vaguely on the left wing and failing to pursue, at just the wrong moment, the manager’s plan of attacking the space behind Chelsea’s full-backs. Maitland-Niles sprinted off into the space Arteta had seen, curving his run to meet a lovely floated pass from Kieran Tierney. And this was the pattern at times in the FA Cup final on Saturday, most notably in the half-hour after Pierre-Emerick Aubameyang had levelled the score at 1-1, as Arsenal boxed Chelsea in, overloaded the flanks and allowed their own highly mobile front three to exploit the tender spots in a slow-turning defence.